Careers—Passing it On: A Profile of Jerry Stein, PhD

Jerry Stein, PhD, is president of Summer Creek Consulting LLC, which provides support for the design and conduct of clinical trials and medical writing, and serves as the current chair of the ACRP Editorial Advisory Board.

Q: Can you tell us how you first became interested in clinical research, and a little bit about the path you took to get involved in your career?

A: Like most clinical researchers, my path was not direct. My interest in science was influenced by the huge increase in science education funding that followed the launch of Sputnik. This wave impacted an entire generation of scientists. Ultimately, I was trained to conduct preclinical studies as a behavioral neuroscientist. My graduate school training at Syracuse University was unusual, since we spent the majority of our time in the lab conducting studies beginning on the first day. The emphasis on hard work-designing, executing, analyzing, and summarizing studies-had the biggest and longest lasting impact on my career.

I was also exposed to the world of scientific publications, since my advisor was editor-in-chief of several science journals and a publisher. Postdoctoral positions at the University of Washington and University of Iowa were also laboratory-intensive experiences.

So why did I move to clinical research? There were two primary reasons. First, I wanted to see more concrete and quicker results from my efforts. I had become very frustrated with the small, incremental progress we were making in the laboratory-answering one question only to find that two more questions appeared. Second, with a family to support, I wanted a career path that utilized my education, but offered the potential to earn more money. These reasons don’t sound very noble, but I am sure they are common motivators to make a career change.

Q: Was there someone or some experience from your past that significantly impacted your decision to work in clinical research?

A: Early in my career, I served as a clinical monitor as part of a team that evaluated the safety and effectiveness of new over-the-counter lens care formulations. Within two years, one of our candidate products was approved by the U.S. Food and Drug Administration and marketed. I was so proud. I could walk into any major retail store that had a drug aisle and literally point to the product I helped develop. I loved it. I was sold on the career. Over a 30-year span, I’ve helped develop at least 30 products. The adventure is continuing.

Q: Were there struggles that you had to overcome professionally, or anything you wish you would have done differently?

A: One of the biggest struggles has been the bias against accepting clinical research as a formal area of expertise; a profession. This was exaggerated by my focus on medical device development-an area that includes many products that do not require extensive clinical testing. Unlike other product development areas, everyone on our project teams seemed to have an opinion on how to design and execute clinical studies. In a cross-functional team, we rarely questioned the plans of pharmacologists, chemists, or microbiologists. However, everyone seemed to have an opinion about clinical.

There was also a general bias against any scientific work generated by personnel working for commercial companies. The assumption was that clinical studies conducted in academic, nonprofit settings were unbiased and believable, while studies conducted by for-profit entities were biased and untrustworthy. I saw this during interactions with regulatory agencies, by the reception we received at scientific/medical meetings, and when we submitted our work to journals. This contrasted greatly with my reality. I have never met a clinical researcher working for any sponsor who was not dedicated to conducting ethical, accurate studies while protecting subject safety and privacy. Any bias in the study design and limitations to our findings were always overtly described in our reports. We continually had to overcome this bias by building bullet-proof designs and exploring every possible confounding variable.

A: One of causes of the biases I cited above is the status of clinical research as a profession. The barriers to entry for investigators are relatively small. If you have a license to perform the tasks required in a clinical protocol, you can easily be designated a principal investigator (PI). The barriers for clinical monitors are also relatively minor, although most monitors receive extensive training. For this reason, I advocate formal training programs as the necessary step toward professionalism. We need government-endorsed standards at the state and national level, similar to those in place in other medical professions. Does it make sense for our society to license real estate agents and plumbers and not PIs, study coordinators, and clinical research associates? Hopefully, we are in a transition period moving toward this goal.

However, training of site personnel, PIs, and their staff continues to lag. I am highly supportive of new and experienced clinical research personnel taking advantage of formal clinical research programs. Ultimately, I would like to see a mandatory, competency-based certification/licensing process that considers the experience and judgment of the individual.

Q: How about your involvement in ACRP? When did you first get involved, and how has your affiliation affected you professionally?

A: During my first five years as a clinical researcher, I spent many hours in training courses learning regulations, standard operating procedures, and company procedures. However, this was primarily internal training, with company supervisors teaching company employees. I was very thirsty to learn how clinical studies were being conducted elsewhere.

When I heard about the Associates of Clinical Pharmacology (the old name for ACRP), I immediately joined. The 1987 Fort Lauderdale meeting was an eye opener. I primarily learned that my company was doing things correctly. This significantly increased my confidence when I returned home. It was also a very lonely professional meeting. I knew no one. Over time, this changed, and every meeting has become more enjoyable as I became more involved with the organization.

I helped organize my local ACRP chapter. I helped organize the national Medical Device Forum (the old name for the Device Interest Group). I helped plan the 2001 San Francisco meeting. I began speaking at local and national meetings. I joined Clinical Researcher’s Editorial Advisory Board. Through these experiences, I got to know lots of ACRP members. It’s my professional home. 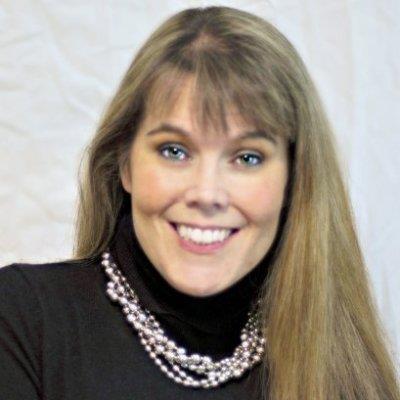 Jamie Meseke, MSM, CCRA, (jamie.meseke@ppdi.com) is a clinical trial manager for PPD, Inc., and a member of the ACRP Editorial Advisory Board.

The Journey from Biologic to Biosimilar—A Clinical Perspective