Clinical pharmacology accounts for about 50% of a drug label. Its scope ranges from facilitating the discovery of new target molecules to determining the effects of drugs in different populations. From both industry-wide and regulatory perspectives, the levers of clinical pharmacology can address the huge challenges of late-stage attrition and increase the efficiency of drug development in the quest to bring the “ball” into the end zone.

What is Clinical Pharmacology?

Clinical pharmacology is the science of the relationship between drugs and humans. It focuses on drug action, and incorporates pharmacological principles and techniques into the clinical development cycle. It is increasingly leveraged at all phases of development with an eye toward delivering the right drug to the right patient with the right dose at the right time.

Clinical pharmacology contributes to a range of clinical decisions, and features prominently in the drug label, as shown in Figure 1*.

A recent paper1 by a group of scientists from the U.S. Food and Drug Administration (FDA), academia, and industry clearly articulated how clinical pharmacology methods and a quantitative framework can improve the efficiency of drug development and evaluation. That paper, “Improving the Tools of Clinical Pharmacology: Goals for 2017 and Beyond,” points to limitations in drug development due to scientific challenges in predicting efficacy and safety or characterizing sources of drug response variability at early, less expensive stages of discovery.

Clinical pharmacology can help stakeholders to address these challenges and improve decision making at critical drug development milestones, whether in early proof-of-concept phases (preclinical through IIa), or in the later stages where more robust risk and efficacy profiles are established (Phase IIb through III).

Clinical pharmacology tools, methods, and frameworks (e.g., mechanistic or quantitative) span distinct subspecialties, and can have a significant impact at the interface of nonclinical and clinical phases. They can greatly reduce uncertainty related to therapeutic targets, dosing, and patient populations in which the novel compound may have the most efficacy.1

Using quantitative methods—among them, model-informed drug development (MIDD)—to optimize drug development decision-making is becoming core to the process. These methods, as shown in Figure 2*, are key components of clinical pharmacology and medical reviews.

From FDA’s perspective, MIDD is a quantitative framework for using knowledge and inference generated from integrated models of compound-, mechanism-, and disease-level data to predict and extrapolate how drug candidates should or will perform from pharmacokinetic/pharmacodynamic (PK/PD), safety, and efficacy standpoints. PK is what the body does to the drug (drug concentration); PD is what the drug does to the body (drug effect); PK/PD is the drug action over time.

According to Kristofer Baumgartner, a strategic communications officer with FDA, MIDD already has resulted in shorter trials with fewer patients, fewer postmarketing studies, and tailored drug dosing. “The use of modeling and simulation has the potential to make the interpretation of data more efficient, improve the prediction of drug safety and efficacy, and explain variable patient responses,” Baumgartner told BioCentury in September 2016. “MIDD approaches, such as physiologically based pharmacokinetic (PBPK), dose- and exposure-response, and disease-drugtrial modeling and simulation approaches have been used to inform a variety of drug development and public health decisions, such as drug dosing and use in certain subpopulations.”2

Key items in the clinical pharmacology toolkit include:

Clinical pharmacology, as the quarterback of drug development, plays a strategic role across the entire process. As clinical pharmacology has become increasingly quantitative, it has become more relevant and critical for decision-making purposes. Figure 3* affirms the growing importance and impact of MIDD within the industry and its acceptance by global regulators.

It is now largely understood that incorrect target selection and validation contribute to drug attrition. Too often, drugs progress through the R&D process with a poor understanding of the drug target or the appropriate mechanism of action for the targeted disease condition. A drug candidate may fail to interact with the target of interest in humans, or the drug may interact with the target without benefitting the patient. Furthermore, a drug may not affect a target’s downstream biochemical pathway after target binding, or unforeseen safety problems may emerge.3 Some believe that up to 40% of new projects closed for efficacy reasons were due to lack of data linking the target to the disease.4

At the core of these failures are fundamental knowledge gaps regarding intended targets, their biological relevance to a given disease, their interactions with the investigational compound, or a compound’s therapeutic mechanism of action. As the sizeable list of potential disease targets continues to grow, new methods, approaches, tools, and technologies to expedite target selection and validation are needed.

The aforementioned QSP, an emerging tool in clinical pharmacology, focuses on improving target selection and validation through mechanistic modeling. QSP combines computational modeling and experimental data to examine the relationships between a drug, the biological system, and the disease process. This systems-level perspective integrates quantitative drug data with knowledge of its mechanism of action.

QSP models can be used to address the complex and heterogeneous diseases prevalent today. Leveraging QSP can reduce Phase II attrition by allowing the investigation of a wide range of what-if scenarios to determine what the likely efficacy of the drug is going to be in advance of clinical investigation. This can facilitate lead optimization very early on in the discovery process.5

We know that individuals react differently to identical therapeutics. In fact, drugs used today are effective in only 25–60% of patients. Using clinical pharmacology and its quantitative methods (specifically PBPK) has allowed us to move from “one size fits all” in drug development to serving stratified populations. Between drug approval and postmarketing analysis, we can now address special populations, including pregnant women, pediatric and geriatric patients, and those with renal and hepatic impairment.

Clinical pharmacology tools facilitate the understanding of disease mechanisms and how they relate to such realms as an individual’s genetics, metabolism, and environmental factors. Diagnostics are increasingly being used to screen patients for genetic variations or biomarkers, and models are being leveraged that predict disease susceptibility and disease progression. The promise of precision medicine is becoming a reality.

Poor dose selection will in turn often lead to failed Phase III trials, delays/denials of regulatory submissions and/or changes in doses postapproval, additional postmarketing commitments, and further requirements for development in other age and/or ethnic groups, all of which ultimately eliminate/invert any initial gains. Taking the above into account, poor dose selection is one of the main causes for the soaring cost of drug development.6

Clinical pharmacology technologies sit squarely in the middle of this challenge, with MIDD leveraged for determining first-in-human doses, establishing dose-response, and informing dosing regimen decisions. MIDD provides a framework for regulatory decisions and dose optimization, as too high a dose can cause toxicity and too low a dose decreases the chance of demonstrating efficacy. Specifically, PK/PD, adaptive trial design simulation, and in silico DDI studies have repeatedly demonstrated their value in dose optimization.

By combining a quantitative analysis of the right drug, with the right patient, and the right dose, clinical pharmacology will facilitate developing the right dosing schedule for a patient to achieve and maintain therapeutic benefit. Clinical pharmacology technologies will allow prescribers to integrate an individual’s genotypic and phenotypic data with various drug characteristics (e.g., DDIs, food interactions) to recommend when and how that individual receives the drug.

Getting it Right for Children — A Case Study

In pediatrics, traditional development methods can be problematic for ethical and logistical reasons; after all, children are not small adults. Most importantly, children are a heterogeneous population, especially neonates and infants, as organ maturation affects drug exposure and response.

In this case example, there was no precedent for regulatory acceptance of an accelerated pathway for a small molecule antiviral drug to treat respiratory syncytial virus infection in infants. The approach was to conduct a healthy volunteer single-ascending dose/multiple-ascending dose study, and then in parallel begin collecting PK data in infants. Specifically, after dosing about 60 healthy volunteers, the next patient who received this drug was an infant.

Preclinical models, disease and PK/PD modeling and simulation, and clinical PK, viral kinetics, and safety data from healthy adults were used to define exposure-response relationships and inform the dosing strategy. To provide initial estimates of PK parameters and the impact of dose on inhibiting viral replication, standard allometric scaling of clearances in volumes, including incorporating a renal maturation factor, was used; this was utilized to estimate a Phase I starting dose in pediatrics that had demonstrated sufficient safety margins in preclinical species and in exposures obtained in adults.

The starting dose was also expected to be in the low-therapeutic range because this model initially was purely based on adult data, without any pediatric information. The model was updated and adjusted over the course of the study, as data were collected. The case demonstrates how the use of clinical pharmacology tools was essential in supporting the continued development of this new drug, which stands to benefit some of our smallest patients.

While we have discussed the amazing impact that clinical pharmacology and its quantitative tools have already had on reducing drug attrition, the lack of consistent knowledge and usage across the industry could slow its impact. In response to this issue, members of FDA, the industry, and academia have recommended several areas for focus and improvement1:

Clinical pharmacology and MIDD have already had an unquestionable impact on drug development. However, for innovation in this discipline to continue, we not only need to integrate these tools earlier in drug development, we also must cultivate our future pharmacology leaders by nurturing their scientific acumen along with their communication skills.

Case studies articulated in “plain language” are compelling and should be encouraged by R&D management. Pharmacometrics education and real-world training opportunities within drug development also need to expand to provide scientists with hands-on education.

In short, this discipline sits at the exciting intersection of biological sciences and computing capabilities—a ripe area for innovation and ethical societal impact. After all, clinical pharmacology is the quarterback of drug development. 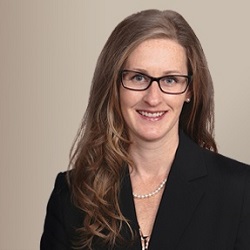 Julie Bullock is senior director for consulting services at Certara, and contributed to more than 14 new molecular entity approvals during her 10-year FDA career.

*To see all figures and/or tables published originally in this article, please visit the full-issue PDF of the June 2017 Clinical Researcher.