[Editor’s Note: This is a follow-up to a February 2018 column about this project.]

Medicines Development for Global Health (MDGH), a small, not-for-profit biopharmaceutical company from Australia, is celebrating several remarkable regulatory firsts, but it is the potential of the organization to impact global health that is exciting the field. On June 13, 2018, it received U.S. Food and Drug Administration (FDA) approval for moxidectin, an oral treatment for river blindness (onchocerciasis) in patients aged 12 years and older. Onchocerciasis is the second leading cause of infectious blindness and the fourth leading cause of preventable blindness worldwide.

As a not-for-profit drug developer working in global health, MDGH faces the challenge of needing to achieve the same regulatory quality and data requirements as a large commercial biopharmaceutical company, but with fewer staff, and at a much lower cost.

MDGH overcame these hurdles by structuring itself around the project leader/project manager hub with a small core team in house to drive the development. This team identified, engaged, and coordinated an experienced, virtual drug development team of consultants and companies selected for their talent regardless of geography—an approach that allowed MDGH to hire the best drug development team members. It also enabled the company to have minimal internal costs and adjust its access to the right skills to match the drug lifecycle requirements.

Mark Sullivan* identified the need to integrate model-informed clinical pharmacology into the program and engaged several Certara Strategic Consulting® staff members, including Craig Rayner**, to become a key part of MDGH’s virtual drug development team. Craig and members of the wider Certara team brought their broad drug development expertise in clinical pharmacology, translational medicine, and regulatory science into the mix on the project.

One of the critical success factors for any drug development team is ensuring genuinely cross-functional input into decisions. At MDGH, Mark’s leadership style was intended to create a culture of creativity and innovation. Mark assembled a competency-based drug development team, so there was a great deal of mutual respect among team members for their domain expertise. Mark’s recruitment trick, apparently, was to hire people to whom you would like to report.

In addition, Mark articulated the data that needed to be collected and the fiscal constraints they faced. By always listening and accepting dissenting views, Mark created a respectful, challenging culture and empowered his team to be innovative. Craig said they were highly motivated to garner the best information possible from the leanest design. For example, they opted for a population pharmacokinetics analysis of existing data instead of running a series of dedicated drug-drug interaction studies.

Post-approval, MDGH plans to take a similar outsourcing approach with its communications requirements, such as the development of disease- and drug-specific training materials, which will be needed to help implement moxidectin in the field. Also, while MDGH will oversee the ongoing safety monitoring and recordkeeping for moxidectin, it will establish external pharmacovigilance hubs to help manage those processes.

MDGH also intends to leverage existing systems as it prepares to distribute moxidectin for onchocerciasis. MDGH manufactures moxidectin under contract, and is working with existing drug distribution networks, including those created and managed by the World Health Organization (WHO) during the past 30 years, and other non-governmental organizations that are also involved in distribution.

Even though moxidectin has received FDA approval for onchocerciasis, there are still studies that need to be conducted to facilitate its use in the field. For example, MDGH is planning a pediatric age de-escalation study to enable moxidectin’s age of use to be brought down to four years. Certara has already modeled the starting doses for two pediatric age groups, and recruitment for that study will occur in June and July 2019 in Ghana.

MDGH also wants to investigate Loa loa, another filarial disease that can occur as a coinfection in parts of sub-Saharan Africa with onchocerciasis. While Loa loa does not cause disease itself, when people are treated with ivermectin, the current standard of care for onchocerciasis, a serious adverse reaction can occur if they also have a high Loa loa burden. MDGH is conducting a small study to provide guidance for how to use moxidectin in those with a Loa loa coinfection.

The company also plans to study the public health impact of multiple administrations of moxidectin over several years. MDGH anticipates that moxidectin’s improved efficacy over ivermectin will reduce transmission of onchocerciasis and significantly improve people’s health.

Moxidectin has the potential to be one of the world’s most significant global health medicines. MDGH is investigating moxidectin as therapy for several other diseases. First it will study scabies, a highly contagious mite infection. Scabies causes severe itching, which provokes vigorous scratching that can break the skin and lead to a wide range of local and systemic infections. As moxidectin stays in the body for longer than ivermectin, it may be possible to treat people with moxidectin just once and clear the infection completely.

Consistent with contemporary drug development programs, MDGH views modeling and simulation of available preclinical and clinical data to be an essential tool for making better decisions in drug development: providing data to inform a particular approach and helping to predict what might occur in the clinic is logical. The data subsequently generated will either confirm or refute the hypothesis, and then the team can adjust its approach accordingly.

MDGH is breaking ground in developing a new health economic model for the global health community. It is exploring how to fund a treatment when the disease and/or drug are of no interest to the pharmaceutical industry because the patients who will benefit cannot pay for it.

Sale of MDGH’s priority review voucher, which it received from the FDA for its moxidectin for onchocerciasis approval, will be used to fund the drug’s ongoing development. Its earlier work was financed by a $13 million investment from the Global Health Investment Fund. Going forward, MDGH intends to donate moxidectin based on affordability, and at worst, plans to charge only what it costs to manufacture and supply moxidectin. It is already considering ways to be as transparent as possible with its costs, including publishing them online.

Mark and Craig agreed that the most valuable lesson they learned during the development of moxidectin for onchocerciasis was “Never give up!” Even when the odds seem insurmountable, the right small, virtual team with the right leader and project management can indeed get a new drug to treat a neglected tropical disease approved by the FDA. 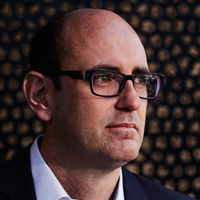 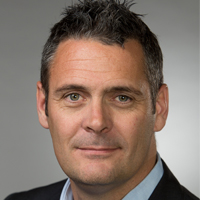 Back to Clinical Researcher