Venendaal learned from experience. “When I was at Clinipace initially, we did not have this process in place,” she says. “We had a much looser evaluation process.” She worked with her team to develop key operational indicators that are used to assess the health of the project. “Through those, you’re able to see what’s working, what’s not working, [and] what are the risks associated with any of the items that are coming up as considered ‘red’ or ‘amber’” on a color-coded scale of seriousness.

Done properly, paying attention to these indicators can give everyone on the team a much higher level of comfort. Gone are the days when those on a project can report back with vague, anecdotal information if asked to assess the state of the project, saying “‘Oh, everything’s going well,’ but when you actually [look at] the current state and tie it back to the contract, a lot of times there’s a huge disconnect,” Venendaal says.

Join Dr. Cynthia Venendall of Clinipace at ACRP 2019 this April to learn about the critical task of managing project performance through key operational indicator metrics. Lean how to proactively identify risks and develop specific actional plans in your clinical trials.

It’s usually not an issue of poor performance or someone trying to hide anything, Venendaal stresses; often, it’s more about a misunderstanding of what is being measured and why it’s important to define and report it in a particular way. “What you find is a lot of the teams are not in the weeds of their contracts or their budgets [enough] to really understand this is what we have contracted for, this is the timeline we’ve contracted for, [and] these are the activities we’ve contracted for,” she adds.

Minus meaningful metrics, it’s easy for a casual question about a project’s health to elicit a casual, lightweight answer. “Someone can say, ‘Oh yeah, my project’s healthy,’ but unless they’re really measuring against” the right objectives and targets, it doesn’t provide a valid project snapshot, Venendaal says. 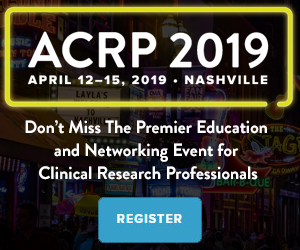 Another bonus: Accurate, targeted metrics often show you have less of a problem in a given area than anecdotal evidence might suggest.

For example, it may be if you have 90% or more of your sites activated, then you’re considered “green” on the scale. “You’re on track, on schedule, things are going well—you’re working within the timeline of what’s in your contract [and] you’re expected to hit any upcoming milestones,” Venendaal says. “You might set your amber level [at] 80 to 90%. If you’re slightly off course, slightly behind—maybe [institutional review board] approvals are taking longer than planned—then that’s still early enough that you’re able to say, ‘Okay, what am I going to do to close that gap and get us back on track?’”

When Clinipace got started in setting up how it tracks indicators now, there were many “metrics that were initially in the red, because [they weren’t] being measured against the right tool,” Venendaal says. What they’ve accomplished is to get “the portfolio to be almost completely green.”

Suicide Risk Can be Identified and Managed in Research Study Participants