Drug development costs today have spiraled out of control. A report from Tufts in 2016{1} estimated the cost of introducing a new drug at $2.6 billion. On the other side, a 2018 report from Deloitte{2} estimated that the return on investment for new drug development had dropped from 10.1% in 2010 to 1.9%. Clinical trials are the key driver of cost and return, not only because they are very expensive to conduct, but also because their results are not always accurate—causing pharmaceutical companies to invest in late-stage clinical trials for drugs that never get to market or are not sufficiently differentiated to capture high returns if they do get to market.

Wearables are a key feature of one of the few promising approaches for revolutionizing clinical trials and addressing these issues. The reality is that most approaches to improve clinical trials are designed to make the existing processes more efficient, but wearables can fundamentally improve how outcomes are measured by providing a continuous stream of objective data. Furthermore, these data are consistent across geographies and can be available in near real time, allowing for compliance monitoring and management in a timely fashion.

These factors are becoming increasingly important as trials become more global. Current measures like patient-reported outcomes or in-clinic tests are often subjective, sporadic, variable across regions, and prone to inaccuracies, which can lead to faulty conclusions. By changing the outcome measures, wearables are moving the goal posts and providing the potential for significantly reduced sample sizes, shortened trials, and better clinical data to differentiate the drug.

If wearables can solve all these problems, why are they currently used in less than 1% of trials?{3} The issue is not U.S. Food and Drug Administration (FDA) approval; the FDA has provided strong indications that it supports the use of real-world data. FDA Commissioner Dr. Scott Gottlieb has stated that leveraging real-world data to improve regulatory decisions is a key strategic priority for the FDA. In December 2018, the FDA also introduced a new strategic framework to advance use of real-world evidence to support development of drugs and biologics.{4}

It is also pretty clear that wearables do not need to be approved as a medical device to be used in a trial. The Clinical Trials Transformation Initiative (CTTI) Recommendations: Advancing the Use of Mobile Technologies for Data Capture & Improved Clinical Trials explicitly state that “Mobile technologies for data capture in clinical trials do not typically need to be approved or cleared as a medical device.”{5} Furthermore, wearable devices from several companies, including Actigraph, MC10, AliveCor, and Apple have received FDA approval and been used in clinical trials. However, FDA approval of a wearable as a medical device does not necessarily translate to FDA acceptance of use of the metrics it generates to define an endpoint.

Most of the wearables on the market today have their own proprietary algorithms with no clinical validation or access to the raw data on which they were based, making the use of these data problematic. Proving to the FDA that a clinical trial is measuring real-world data that correspond to patient outcomes is difficult or impossible without raw data. Furthermore, without raw data, analyses cannot be upgraded as new algorithms are validated. There is no way to determine whether an anomalous reading is real or indicative of an issue. Without raw data, there is no way to build a real knowledge base that can be used going forward.

Then there is the challenge of including another technology in the trial—sites and participants are already overburdened, and asking participants to remember to charge a device or manage uploads or wear a bulky and/or uncomfortable wearable will often result in compliance issues, creating a whole new failure mode for the trials. Relying on the sites to manage this process will be costly and further stretch resources.

Running clinical trials is already difficult and expensive. Adding another element increases effort, cost, and the risk of failure—even if it is relatively easy to manage. No wonder the penetration of wearables in clinical trials is so low.

Still, something must be done to address this challenge, because wearables represent one of the best opportunities to truly revolutionize the clinical trials industry. Some sponsors hope that wearables companies will address all of these issues alone, but as a matter of economics, that is unlikely to happen—there are literally thousands of potential applications for wearables in clinical trials.

For example, they can be used to study a broad range of complex musculoskeletal or neurological conditions, such as Alzheimer’s disease, Parkinson’s disease, epilepsy, and cancer. The cost of developing and validating algorithms for all these applications is prohibitive, especially since the market for wearables for clinical trials is relatively small and low margin. To put this in perspective, my firm projects that the total potential market for wearables in clinical trials will be approximately $1 billion annually, which is less than half the cost of bringing one drug to market. It is unrealistic to expect the wearables industry to make the investments necessary if the pharmaceutical industry won’t.

Still, there is hope. The pharmaceutical industry can leverage years of work and experience garnered from using wearable sensors in other fields, particularly in academic and consumer neuroscience settings.

Many academic researchers are using wearables to conduct studies that could be relevant for clinical trials. For example, researchers at Boston University are currently using wearable sensors to study the effect of physical activity on cognition. Participants undergo a battery of cognitive tests at the start of the study and then their activity is monitored during waking hours for the next 12 weeks using a wearable device that collects all of the raw accelerometer data. Fifty percent of the participants are encouraged to exercise with weekly “coaching calls” and other methods; the remainder receive no additional assistance. At the end of the study, participants undergo a second battery of cognitive tests. If this study produces positive results, it will provide validation that improving activity levels will help improve cognitive results, enabling a potential outcome measure using wearables.

This type of work is being done by literally thousands of researchers around the world. In many, if not most, cases the algorithms are publicly available and independently verified. For example, there is a public domain activity and sleep algorithm based on accelerometry, GGIR,{6,7} that has more than 80 peer-reviewed articles that rely on the method.{8} Although not all academic research is so well documented and validated, much work has been done and it provides a major platform on which to build validated metrics. Leveraging this invaluable resource will require both access to the raw data and transparency on the part of the wearable supplier.

Experiences from consumer neuroscience (sometimes called neuromarketing) can teach us a great deal about developing scalable systems for collecting data. Neuroscience studies need to be completed in days or weeks, not months, at a fraction of the cost of a clinical trial. In one example, a company incorporated wearable sensors into market research kiosks in six malls and movie theaters around the country. This approach enabled nontechnical staff to collect about 15 minutes of medical quality electrocardiograph and galvanic skin response data from participants while they were viewing content specifically selected for the individual. The raw data were sent automatically to a central server for analysis. If certain sites were not meeting their quota for participants, that quota could be reallocated to other sites in real time. That system could collect data from 1,000 people in a weekend, at a cost of less than $50 per participant.

Another opportunity to address these challenges is for pharmaceutical companies to collaborate on algorithm development and agree on appropriate industry outcome measures. Although intellectual property is generally highly valued in the pharmaceutical arena, these algorithms and outcome measures could be cooperatively developed in a precompetitive environment; all companies would benefit from these improvements. There is a growing movement in the industry in this direction and it should be encouraged as much as possible.

There are a several important attributes that pharmaceutical companies should look for in a wearables partner. First, it’s critical that they gain access to the raw sensor data; without those data, it will be impossible to move forward on a larger scale. Algorithms from academic studies and other pharma companies will depend on it, as will continued progress.

Second, the data need to be collected as completely as possible. To meet this challenge, the sensors and systems must encourage compliance by putting the minimum burden on participants and sites. The system should have robust tracking features to allow the sponsor or contract research organization to monitor trial progress and take corrective action as issues arise. The system should also include multiple failsafe mechanisms to prevent data loss at all stages of data capture.

Third, the wearables company should be committed to openness and industry collaboration. It will be difficult, if not impossible, for proprietary algorithms to be accepted as validated outcome measures. Even if they are accepted for a specific application, they will not be able to be extended by the industry. Although it may be difficult for some companies to accept, the wearables industry will need to compete on other dimensions if the use of wearables in clinical trials is to grow.

Finally, pharmaceutical companies should also seek wearables companies who have an extendible platform. A single partner enables more efficient implementation of different sensors into a company’s systems, but more importantly, it takes time, effort, and trust to build a productive collaborative relationship. It is difficult to achieve that with many different partners.

There are many challenges to improving clinical trials through the use of wearables, but by leveraging work done in academia and other industries and taking a collaborative approach, they can play a role in fueling the industry’s goals of getting better drugs to market cheaper and faster. In the end, that is what it is all about. 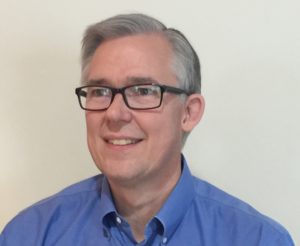 Geoffrey Gill, MS, is President of Shimmer Americas, leading the U.S. operations and the commercial efforts for North and South America for Shimmer Research, a designer and manufacturer of medical grade wearables.

What is a Human Challenge Trial and How Does it Expedite Vaccine Development?