It’s hard to imagine that 37 leading, global biopharmaceutical companies would be willing to partner to develop a new technology and progress a scientific field, but that is exactly what the members of the Simcyp Consortium have achieved. Working together in a pre-competitive, collaborative research environment, the consortium’s members are advancing physiologically based pharmacokinetic (PBPK) mechanistic modeling and simulation to predict pharmacokinetic/pharmacodynamic (PK/PD) outcomes in virtual patient populations.

Perhaps even more surprising is the fact that they have been successfully partnering like this for years. The Simcyp Consortium and the Simcyp® Simulator that it helps to develop have just celebrated their 20th anniversary.

The consortium’s longevity is testament to the power of pre-competitive research. It allows pharmaceutical companies to pool resources and share knowledge in order to achieve a common scientific goal—before the need to pursue individual intellectual property rights and market exclusivity for a new drug become of paramount importance. In the case of PBPK modeling and simulation, its growing relevance in accelerating drug development, predicting safety issues, and simulating drug performance in fragile patient populations has inspired advocates that include global regulators.

Expanding Simulator Use to Predict, Plan, or Avoid Clinical Studies

The Simcyp® Simulator employs in silico PBPK modeling and simulation to predict the fate of drugs in virtual populations. It combines in vitro data with in vivo absorption, distribution, metabolism, and excretion data and PK/PD outcomes to explore potential clinical issues in virtual populations before studies are conducted in patients. Employed to optimize clinical trials, evaluate new drug formulations, and conduct virtual bioequivalence studies, the simulator is applicable for both novel and generic drug development.

Some of the simulator’s earliest uses, which remain among its most powerful, are determining the most appropriate first-in-human drug doses, identifying potential drug-drug interactions (DDIs), and understanding drug disposition in vulnerable populations—studies that for practical and ethical reasons are better conducted in virtual rather than real trial participants. In addition to being safer for the potential participants, this approach is faster and less expensive. The vulnerable populations in question include pregnant women, neonates and pediatric patients, and patients with complex diseases, co-morbidities, or reduced liver or kidney function.

Simcyp’s whole body simulation approach can predict the PK/PD of small molecules, larger biologics, and antibody drug conjugates, which are a combination of the two. The simulator includes genetic, physiological, and epidemiological databases, which facilitate simulating virtual populations with different demographics and ethnicities.

The simulator also has organ-specific models, allowing it to simulate drug dispersion through the gut, different layers of the skin, the liver, the kidney, or specific compartments in the heart. Development of the dermal model was funded by a multi-year U.S. Food and Drug Administration (FDA) grant. On a similarly granular level, and to facilitate the development of tuberculosis (TB) drugs, Certara developed a population-based lung model that mimics drug disposition at different stages of TB infection. This project was partly supported by the Critical Path to TB Drug Regimen initiative.

The Simcyp Simulator is employed increasingly to inform drug label claims and, in some cases, can obviate the need for clinical trials. For example, the simulator has now been used to inform more than 60 novel New Drug Applications (NDAs) to the FDA, including more than 200 label claims made without the need for clinical trials. Those label additions include potential DDIs, dosing regimens, and data about new populations, including pediatrics.

Working together, the Simcyp Consortium members have transformed PBPK modeling and simulation from a research concept into a technology that now forms an integral part of all phases of drug selection, development, and regulation. PBPK modeling and simulation has been adopted by all the leading regulatory agencies, including the FDA, the European Medicines Agency (EMA), Japan’s Pharmaceuticals and Medical Devices Agency, and China’s National Medical Products Administration.

In 2016, PBPK modeling and simulation was featured in the FDA’s Prescription Drug User Fee Act and Generic Drug User Fee Amendments, and many subsequent guidance documents. In addition, the EMA issued its First-in-human Dosing and PBPK/Modeling and Simulation guidance in late 2018.

This avalanche of new regulatory guidance encouraged even more rapid adoption of PBPK modeling and simulation.

In September 2019, the FDA reported that pharmaceutical companies have been using PBPK modeling with new investigational agents for candidate selection in the preclinical phase; animal-to-human extrapolation studies; in DDI studies; in early formulation selection studies; to assess disease impact; and for dose adjustment for specific populations, such as those with organ impairment or for a pediatric population.

The agency also described several uses for PBPK modeling in generic drug development, including product-specific guidance development, such as alcohol dose dumping and risk assessment for a change in drug release mechanism. This approach has also been used to demonstrate bioequivalence (BE), providing an in silico testing method in lieu of in-vivo BE studies for locally-acting drug products, or to extrapolate BE assessments in disease or age subpopulations.

For example, in June 2019, the Simcyp Simulator was used to demonstrate BE for the first FDA approval of a complex generic drug on the agency’s Abbreviated New Drug Application pathway. PBPK modeling can also be employed in drug product development to create a “safe space” to determine critical attributes of drug products, such as dissolution specifications.

FDA further highlighted the dramatic increase in PBPK analyses included in NDA submissions and approvals between 2008 and October 2019 during its workshop on “Development of Best Practices in PBPK Modeling to Support Clinical Pharmacology Regulatory Decision-Making,” which was held in Silver Spring, Md. in November 2019. The Simcyp Simulator was used in most, if not all, NDA submissions listed in Figure 1.

FDA also summarized the types of PBPK submissions received by its Office of Clinical Pharmacology from 2018 through October 2019 (see Figure 2). 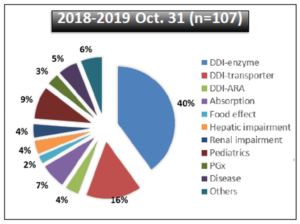 Giving Back to the Community

The Simcyp Consortium is a global scientific endeavor and its members consider helping to advance modeling and simulation education to be part of their remit. The consortium presents two annual awards—the Most Informative Scientific Report and Most Effective Teaching Application Award—to recognize research excellence. Certara’s Simcyp Division Grant and Partnership Scheme also funds either a PhD or a postdoctoral research program every year.

In addition, Simcyp provides academic teaching and research licenses at no cost to more than 140 universities and research institutions around the world. Further, Simcyp publications (including articles, meeting abstracts, reviews, letters, and book chapters) have been cited more than 8,000 times.

Two decades on since its founding, Simcyp Consortium members continue to work together to determine the most important attributes to be included in the simulator’s annual update. Based on the voting of the consortium members, a set of “wish list” features are developed by the Simcyp science team. A new version of the Simcyp Simulator is released each year.

The Simcyp Consortium has proven so successful that it has become the blueprint for other pre-competitive research consortia in the pharmaceutical industry. For example, Simcyp launched a Quantitative Systems Pharmacology (QSP) Immunogenicity (IG) Consortium, comprised of leading biopharmaceutical companies, in January 2017.

FDA defines immunogenicity as the propensity of the therapeutic protein product to generate immune responses to itself and to related proteins, or to induce immunologically related adverse clinical events (anti-drug antibodies or ADAs). An unavoidable consequence in biologics development, ADA binding may be manageable if parameters such as dose, frequency, route of administration, target patient population, tolerability strategy, or co-medications are optimized.

Finding the optimum for each drug requires a quantitative approach, hence the interest in QSP modeling. QSP combines computational modeling and experimental methods to examine the relationships between a drug, the biological system, and the disease process. By integrating quantitative drug data with knowledge of the drug’s mechanism of action, QSP essentially bridges the gap between systems biology and pharmacometrics.

As a result of the consortium’s work, a new technology for IG simulation is already demonstrating its ability to impact go/no go decisions. This could markedly improve Phase II success rates for compounds negatively affected by IG, a vexing problem for biologics drug developers.

Following the IG breakthrough, the company launched its second QSP pre-competitive Consortium—this time focused on immuno-oncology. Here, leading biopharmaceutical companies are partnering to develop a simulator that can model clinical populations of cancer patients and help to address the challenges of developing combination therapies. The large number and broad range of potential immuno-oncology therapy combinations cannot possibly be tested clinically. QSP simulation, incorporating the most current knowledge, is a viable method for combination analysis.

These industry-wide collaborations are enabling PBPK and QSP modeling and simulation advances to occur at a much faster rate than any one company could achieve alone. Sharing and utilization of pre-competitive information provide the opportunity to set industry-wide standards and practices, including publication of opinion papers, to influence regulatory thinking and future guidelines.

The growing knowledge base that is being created is also helping to ensure that patients receive the right medication at the most appropriate dose for them. 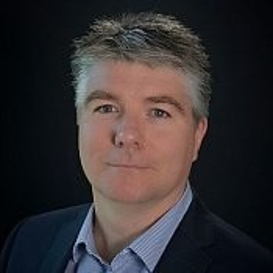