A Review of the FDA Process, Implementation, and Future Directions for the Approval of Electronic Nicotine Delivery Systems (ENDS)

Tobacco use in the United States amongst adults has consistently been the leading cause of preventable death.{1} Smoking adoption by men and women had steadily increased between 1900 and 1960, but has been on the decline ever since.{2} Tobacco control measures had been put in place to curb the use; however, a national policy regarding the oversight of tobacco products was not passed until 2009, with the arrival of the Family Smoking Prevention and Tobacco Control Act (Tobacco Control Act). This legislation granted the U.S. Food and Drug Administration (FDA) the ability to regulate tobacco products. In this paper, I will examine the current application process for tobacco products—more specifically, electronic nicotine delivery systems (ENDS).

Among other things, the Tobacco Control Act imposed new warning label requirements and label standards on tobacco packaging, banned flavored cigarettes, reigned in tobacco advertising to children, and initiated a process for tobacco products to receive approval from the FDA prior to marketing. The impact of the pre-market review process on tobacco products cannot be understated—tobacco products were previously regulated through Congressional regulations that dealt with the sale to minors and distribution licensing of products rather than public health.

Before passage of the Act, Congress had sole authority in the regulation of tobacco products.{3} This was a result of the overturning of the FDA Rule by the Supreme Court in 2000. The FDA Rule was, legislatively, the agency’s first attempt to reign in tobacco products and demonstrate that they were under its authority. It was a unilateral decision by the FDA, in order to reduce tobacco use in minors.{4}

The Supreme Court ruling found that Congress had not formally given the FDA authority to regulate tobacco products; thus, oversight was returned to Congress, though the responsibility was not efficiently managed during this time period.{5} The Tobacco Control Act, on the other hand, significantly reigned in the tobacco market and provided safeguards to protect the welfare of general public.

The Beginning of ENDS

The Tobacco Control Act provided general direction for the regulation of cigarettes but did not go beyond the purview of what was already in the market. Because of this, the market shifted to give rise to the next generation of tobacco products in the form of ENDS devices, also known as e-cigarettes.

ENDS are nicotine products that are generally composed of an electronic heating element along with a liquid nicotine cartridge that is heated to form nicotine vapor for oral absorption.{6} With the passing of the Tobacco Control Act, cigarette regulations had been implemented, but overarching rules for ENDS development and marketing had largely been ignored or were never discussed.

The FDA had to set a standard for providing oversight of ENDS, so in 2016, the agency drafted guidance by which to regulate ENDS products under the Tobacco Control Act.{7} This Deeming Rule, which deemed all tobacco and ENDS products to be under the purview of the FDA, was made in response to the overwhelming increase in ENDS in the market. In summary, the Deeming Rule imposed a stop on independent manufacturing of ENDS and their associated cartridges (see Figure 1 for a timeline of important events related to tobacco legislation).

Additionally, any tobacco product on the market prior to February 15, 2007 would be grandfathered into the market, but products marketed after this date would require FDA approval. There was some leniency—products that were on the market before August 8, 2016 that were not grandfathered in would be subject to the FDA policies and could continue to be marketed, but were required to be submitted for review no later than May 12, 2020. Failure to meet this deadline would result in a product’s removal from the market. A draft guidance was provided to industry but was not finalized until June 2019.

In many respects, the review and approval processes for ENDS devices are very similar to the rules for the FDA medical device regulatory pathways. There are three methods by which new ENDS products can be approved (see Table 1 for summary).

The Pre-Market Tobacco Application (PMTA) asks manufacturers to demonstrate that a new product would be “appropriate for the protection of the public health.” The purpose of a PMTA is to provide scientific data that support this endeavor by demonstrating the risks or benefits of the device as a whole, whether people who use or don’t use tobacco products would be more or less likely to use them given the existence of the new product, and the use of appropriate controls and manufacturing processes in making the product.

The Substantial Equivalence (SE) pathway is intended for tobacco products that may be found “substantially equivalent” to a predicate product, or if there are some differences, demonstrating that the new product does not raise new concerns for public health versus the predicate.

The Substantial Equivalence Exemption (EX) pathway is for tobacco products that have already been approved. These products would have to be modified by adding or deleting a tobacco additive, or by increasing or decreasing the quantity of tobacco featured.

For the purposes of this paper we will only be looking at the PMTA pathway, as most ENDS products will not have already received approval, and as such, will not have a predicate device available which would allow for any SE submission.

Data were obtained from FDA online archives of all PMTA packages from industry and the resulting marketing decisions. PMTA submissions were reviewed and compared to New Drug Applications (NDAs) and Pre-Market Applications (PMAs) over a two-year period (January 2018 through December 2019). Analyses were performed in March 2020.

ENDS device submissions to the FDA had not really advanced to the PMTA level until fairly recently. Over a two-year period, only four ENDS products were approved by the FDA. In comparison, more than 350 new drugs and devices had been approved in that same timespan. (see Figure 2).

The regulatory approvals for new tobacco products are in its infancy. As stated previously, FDA guidance was finalized as recently as November 2019, and any new products to be marketed after May 2020 require FDA approval. Compared to drugs and devices, the pool of products that will need a PMTA is fairly small.

As seen in Figure 2, only four ENDS products have been approved for marketing through the PMTA process in the U.S. since 2018. In comparison, there are many more approved applications for medical devices and drugs during that same time span. Although there obviously is no equivalency between the three categories, considering that the deadline for review of existing tobacco products was May of this year, there should be a sense of urgency from the tobacco industry to meet the demands of smokers in the U.S. There will be a huge windfall of banned e-cigarettes in the market at this rate, because any unapproved tobacco products will be taken off the shelves.

These regulations have had an impact on the tobacco industry, in that they have effectively relegated innovation within the field of tobacco science to larger companies. Smaller companies will have a much harder time breaking through and competing with larger companies.{8} New tobacco companies will have to be developed more in line with other drug and medical device conglomerates. Cessation of nicotine addiction is a lofty goal; it will only be harder to achieve if the development of potential solutions is stonewalled due to lack of resources.

It is a great step forward that these products are now regulated under the FDA. The previous system was difficult to manage and varied from state to state. Rather than ensuring the safety of the public, the previous system had only considered interstate trade. The new system in place ensures that all tobacco products are thoroughly reviewed prior to marketing. There are potential concerns with the effect the regulations will have on smaller tobacco companies; however, the protection of the general welfare of the public must come first in the realm of tobacco products.

Innovation begets innovation—the tobacco industry is no exception. As the markets had shifted once already from cigarettes to ENDS, the market is once again shifting—this time from ENDS products to disposable e-cigarettes. These new, disposable nicotine products are not that different from the current ENDS products—the only difference between the two is the intended use.

ENDS products are intended to be used multiple time, with users only having to put in a new cartridge every time they want to vape. In contrast, the new format of disposable nicotine devices offers the same safe route of administration as the ENDS products but is only intended to be used once and disposed of. The current regulations only cover ENDS with refillable cartridges, so exploration of how the regulations affect the newer products is needed. 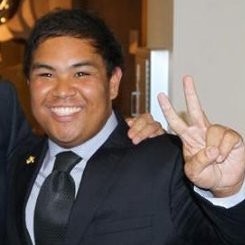 Clinical Study Reports 101: Tips and Tricks for the Novice

The COVID-19 Effect: How to Maintain the Speed-to-Market Medical Model

Opinion: The Significance of Clinical Trial Transparency During the COVID-19 Pandemic