There is growing interest across the healthcare industry in expanding the role of point-of-care (PoC) devices to provide better care at a lower cost. Currently, there is also an urgent need to develop sensitive diagnostics for COVID-19.

Blood donor centers are able to help sponsors to test PoC, usually by playing one of three roles:

1) Provide blood specimens for customers who are developing devices and need to test different matrixes. For example, the centers can provide a matched set of blood samples collected in different anticoagulants to see if their assay gives the same result with each anticoagulant. Alternatively, they can provide interference panels with blood specimens that are hemolyzed or lipemic to see if they have interference in their test device under those conditions.

2) Participate in clinical trials by testing a sponsor’s PoC device in the normal blood donor population. These are predominantly specificity studies checking for false positives and making sure that the device gives a negative result for a viral marker in a population that’s not expected to have positive viral markers.

3) Provide access to facilities and blood collections for customers who want to run their own studies, or who are conducting stability studies and want to test samples every couple of hours after the draw.

As with any clinical trial work, activities such as those just described are spelled out in the study protocol and subject consent form and conducted under institutional review board (IRB) oversight. Further, collecting blood donations is regulated by the U.S. Food and Drug Administration (FDA), so blood donor centers must be compliant with those regulations as well.

Even if a center does not collect blood for transfusion, it should follow the applicable AABB regulations and use the AABB Donor History Questionnaire for screening blood donors. Centers should also conduct the FDA-mandated viral marker testing on all blood products.

This can be particularly useful for sponsors who are developing a PoC test for HIV or hepatitis, since an FDA-approved test for those diseases will routinely be conducted on the blood donor. This allows comparison of results generated by the new instrument with those from the approved test.

Furthermore, if a center already knows the background positivity levels of its blood donor population to be very low, sponsors can be assured that they are going to get a fair number of negative subjects for their study.

The author’s employer has blood donor centers in California, Massachusetts, Pennsylvania, Tennessee, and London—with a mix of suburban and urban locations—and donor bases which are fairly well-characterized in terms of gender, smoker/non-smoker status, race, ethnicity, and age.

For the company’s PoC device testing services, the primary focus is on infectious diseases—hepatitis, HIV, Ebola, and Zika virus—but it has also helped to test devices for celiac and G6PD deficiency testing. The company has worked with sponsors who have tested oral fluid from a mouth swab, capillary blood from a finger stick, and venous blood from a regular draw.

In general, the company ensures that the device’s false positive level is low by showing that it is getting negative results in a population of subjects who would have no reason to have been exposed to that condition. Recently, in response to COVID-19, the company has begun enrolling convalescent donors who have positive serology for PoC validation in this critical area.

Many clinical trials are done at doctors’ offices or dedicated research sites, in order to enroll subjects who have the condition of interest or have strong positive values on the assay. However, a sponsor in need of normal values for specificity testing requires a large, healthy population, and that’s what the most active blood donor centers are best able to provide.

Unlike the Red Cross and other blood collection facilities which collect blood for transfusion, the author’s employer operates centers that collect blood for research use only. They are also active in clinical trials on an ongoing basis. Having an experienced staff that is used to working with different IRBs in a regulated environment is a priority, as well as utilizing the tenets of Good Clinical Laboratory Practice and Good Manufacturing Practice. Laboratory technicians and phlebotomists on staff who are trained in human research protection are also essential in such settings.

For sponsored clinical trial work for PoC devices, centers often require fresh specimens because the donor needs to consent to the protocol before joining the study. However, if banked venous samples are needed, having an overarching IRB-approved protocol for all of a company’s centers is key for allowing collection of blood samples for research use from multiple sites and populations. Therefore, as an example, if a sponsor wants 100 HIV-negative specimens, a network of centers run by a single company can provide those under the aegis of an umbrella protocol. Generally, though, PoC device sponsors will approach a blood donor company with a specific protocol for their device and all of the collections are prospective.

Some clinical studies have no specific donor requirements, so a company can ask everybody that comes in to one of its centers to donate blood if they would like to participate in the study. For studies with specific enrollment criteria, the company can recruit from its donor base and through IRB-approved advertising. Due to the increased demand for COVID-19-positive samples, the author’s company has recently added mobile phlebotomy services, which allow recently infected donors the safety and flexibility of donating from their own homes anywhere within the continental U.S.

Sponsors come to rely on sites that have performed well for them in the past. Repeat business is the best indicator that a blood donor company is doing a good job. 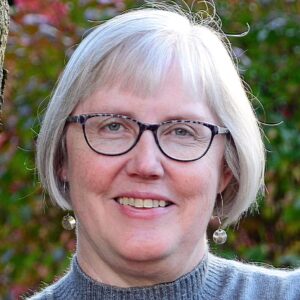 The Flexibility to Chart Your Career