We are excited to announce that in December ACRP is transitioning to a new learning platform to better support your continuous professional development.

Is There Anybody Out There?

If memory serves me correctly, it was sometime in March 2020 that I was dragged, kicking and screaming, from my cubicle in the ACRP headquarters along the Potomac River in Alexandria, Va., and forced to work at home during the early days of the pandemic. Well…not really, but I was one of the last of the staffers to make the transition, because I had, up until then, never been a fan of the work-at-home concept. In fact, I had long been the type to avoid even the most generous offers of flexible, hybrid home/office schedules and kept schlepping into headquarters except in situations when I absolutely had to work from home for reasons that were beyond my control and, thankfully, temporary.

As fate would have it, the next several months of logging into work from my apartment and having no face-to-face contact with my office colleagues was good practice for the fact that I needed to get used to being a full-time, remote worker anyway. That wasn’t because the restrictions on going back to the office dragged out so long, but because I had planned to move out of state in mid-2020 long before COVID-19 was even a tiny speck way out on the edge of the medical community’s radar screen. Achieving a change of scenery without a change in employment had been on my mind since late 2018, and I had given myself plenty of time to prepare for the logistics of it, if not for the mental readjustments that would be required.

Now nearly 15 months into working from home in a lovely part of Pennsylvania—still never having set foot back in my old cubicle or even gotten within striking distance of Alexandria—I am mostly reconciled to the idea that this very well may be how I will spend the rest of my full-time career. A big adjustment after 30-something years of commuting to work? Sure. A kick in the pants to sharpen up certain “soft skills” that are necessary to thrive in this altered environment? Absolutely.

One solace is that I know I am far from alone in this new normal thingy so many of us are still feeling our way through. With that in mind, I thought we’d take a step back from being so research-centric in our explorations of news from the outside world in this issue’s column, and enjoy a more general look at what other sources of knowledge (no endorsements implied) are saying about new perspectives on soft skills and work/life balance for the times in which we find ourselves.

The latest edition of LinkedIn’s Workforce Confidence survey takes an in-depth look at America’s stress levels among 4,958 LinkedIn members, finding that 74% of women say they are very or somewhat stressed for work-related reasons, compared to just 61% of employed male respondents. However, women also are more inclined to do something about these burdens. When asked how they view seven possible stress-fighting strategies, women in the workforce showed greater interest in each path than their male counterparts. The strategies include taking (or planning to take) time off, taking breaks during the day, ending work at reasonable hours, not checking in on work after hours, turning down extra responsibilities, being open with colleagues about stress, and using employers’ mental health benefits.

As if achieving a work/life balance wasn’t hard enough, researchers say many of us are juggling a third factor: school. That creates conflicts, say Bonnie Cheng, a PhD candidate at the University of Toronto’s Rotman School of Management, and Julie McCarthy, an associate professor at the Rotman School and the University of Toronto Scarborough, often resulting in dissatisfaction in the area that caused that conflict. For example, skipping a family function to stay late at work can lead to less satisfaction with work. However, avoidance techniques can help, the researchers’ recent study shows.

Using a group of undergraduate students who also worked outside school and had family responsibilities, the researchers surveyed them at two different points in time to gauge how much conflict students were experiencing from their competing responsibilities, the different coping mechanisms they used to deal with them, and how much satisfaction they derived from their activities. The study found that students who used avoidance strategies, such as not dwelling on their problems, were better able to manage conflict across work, family, and school, and experienced more satisfaction.

“Our intuitive notion of avoidance is that it’s counter-productive, that it’s running away from your problems,” says Cheng. However, she says, there are different kinds of avoidance. “We found that while wishing for your problems to magically disappear is counterproductive, the process of taking your mind off the problems at hand actually helped people manage multiple role responsibilities and increased their satisfaction.” The trick, she stresses, is not allowing avoidance to slip into escapism. The finding is equally applicable to any situation where people are juggling multiple role responsibilities, including volunteering and coaching.

A new study by Rutgers University researchers finds that job candidates with disabilities are more likely to make a positive first impression on prospective employers when they promote technical skills rather than soft skills, such as their ability to lead others. The findings, published in the International Journal of Conflict Management, contrast this with the results for candidates without disabilities who were positively evaluated when they highlighted either hard or soft skills during initial job interviews.

“Job interviews are challenging for everyone, but particularly so for people with disabilities who have always had difficulties presenting themselves favorably to gain employment,” said Rutgers Business School professor and study coauthor Mason Ameri. “[They] encounter an implicit bias that they will not be as productive as their non-disabled peers. Knowing how to navigate the conversation with potential employers is critical for leveling the playing field.”

In three studies, 1,711 participants watched videos of candidates—either visibly seated in a wheelchair or not—using influence tactics to answer an opening question during an interview for a project manager position. Participants were asked to rate their perceptions of the job candidate’s employability and appropriate level of salary, as well as how trustworthy they appeared. For candidates without disabilities, discussion of hard skills or soft skills led to more favorable perceptions. While the expression of hard skills similarly improved the employability rating of the candidate with the disability, discussion of soft skills did not.

The best way to improve a doctor’s bedside manner may lie in a new tool that evaluates and helps medical residents improve their communication and other soft skills to become better doctors, according to a new study led by Women’s College Hospital’s Dr. Tim Dwyer. The study, published in the Canadian Journal of Surgery, is the first to look at the medical residents’ collaboration, communication, and other soft skills, or what are known as CanMEDS competencies, in orthopedic surgical training.

“While we do a great job at evaluating the medical skills of residents, we don’t have a good tool to objectively test their soft skills such as teamwork and how to communicate bad news to a patient, which is just as important in their careers as surgeons,” said Dwyer, an orthopedic surgeon and lead author of the study. “Our new examination tool is very effective in objectively testing multiple soft skills in one examination session in an orthopedic residency program.”

The study, involving 25 orthopedic residents with various years of training, examined how medical residents handled cases of suspected domestic violence, their ability to manage the operating room, how they applied evidence-based medicine, and how they communicated with patients’ disgruntled family members regarding delays in surgery. It tested six soft skills: communicator, collaborator, manager, health advocate, scholar, and professional.

“For decades, medical residents’ soft skills were examined on paper,” said Dwyer. “Our study shows that this tool offers a better, more objective exam alternative, and it has a potential to spread beyond orthopedic surgery to other specialties.” 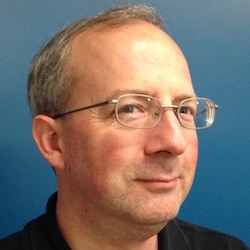 Diversity, Equity, and Inclusion in Patient Recruitment and Retention

With a Reinvigorated Focus on Vaccine Research, Why Are We Still Using Dated Approaches?