Transparency is the Right Tactic With Your Site Staff, Too

A standard discussion topic during site evaluation visits is that of regulatory audits, and the leaders and staff at most research-savvy investigational sites that have experienced an audit by the U.S. Food and Drug Administration (FDA) are typically prepared to discuss the related circumstances and outcomes. There are exceptions; a complicated audit circumstance can fluster even the most prolific researcher, while an inexperienced clinical research coordinator (CRC) may not yet have developed a deep enough perspective on what happened to provide commentary.

Overall, audit-focused discussions are transparent and facilitate critical understanding during the site evaluation process. Once, however, I conducted an evaluation with a new CRC who reacted uncomfortably to the topic of regulatory audits, which baffled me.

While researching the site to prepare for the evaluation visit, I discovered the site’s principal investigator (PI) had been previously audited by the FDA. This CRC was unfortunately affected by circumstances that preceded her employment, and for which she bore no responsibility. None of her colleagues had objectively explained the audit process to her, and negative perceptions had taken root in her impressionable mind.

Hesitation hovered uncomfortably before landing on the inevitable answer—“Yes.” The CRC sighed as she responded. Yes, the site had been issued a 483 (Inspection Observations) because of the audit.

The CRC should never have had this situation forced into her assimilation to clinical research. The standard feelings that accompany any learning process—enthusiasm, worry, struggle, accomplishment—should create a cycle forming competency and, ultimately, confidence. It is critical to nurture that confidence with information grounded in facts and transparency, not swathed in a negative aura of looming consequence. Negative perceptions like the one this CRC had developed, if not righted, will limit understanding.

I informed her that the final decision regarding the audit findings was contingent on data analysis. It was not as simple as “good” or “bad.” I explained that each audit circumstance and outcome demanded individual consideration of audit details, findings, and site responses when forming the fundamental conclusion.

This was a valuable teaching moment I could not ignore, for it was an opportunity to allay her misgivings and provide an objective perspective. I explained that 483s were issued for a variety of reasons and levels of gravity; all reports were considered in the site selection process. My explanation included the vast number of good sites I had evaluated who had been issued 483s, but were still awarded studies as the pharmaceutical company objectively considered each case and took into account such factors as the significance of the findings, the audit history and timeframe, and others.

I continued by explaining that the common element among experienced, competent investigational sites that had been issued 483s from an FDA audit was the quality of the PI’s response to the agency. When clarity, transparency, consistency and follow through framed the site audit response, an effective dialogue toward resolution was fostered.

It was impossible to summarize the importance of objectivity when considering audit findings in a 30-minute conversation. All I could hope was that my explanation shifted the CRC’s undue concern.

We All Need a Wake-Up Call Sometime

The most memorable investigational site responses to audit findings reflect the benefits to site transparency and transformations in research processes that can result from audits.

I once visited a small specialty practice to discuss an impending cardiology study. The study coordinator (Linda) was cordial and not at all uncomfortable discussing an earlier audit and 483 at the site. Her candor was instrumental in clarifying the chain of events that brought her to the site and the actions wrought to change the site paradigm.

She explained that after a sponsor audit of a high-enrolling study had uncovered some discrepancies with patient eligibility, her PI decided to conduct an internal audit that revealed some questionable data practices by an earlier CRC. Soon after that CRC left the site, the PI began searching for a more experienced replacement, having realized that he had neglected study oversight by over-delegating study activities to sub-investigators and placing too much responsibility with the CRC. Upon her arrival, Linda and the PI cleaned up the site’s studies and reported the deviations/issues to the respective sponsors, which resulted in the FDA audit.

The unfortunate circumstances were the impetus for immediate and dramatic changes at the site. The PI moved his research clinic, previously located several miles away, to his medical practice location. This reinforced his commitment to PI oversight and patient safety. He participated in every patient consenting process to ensure CRCs’ and participants’ understanding of everyone’s rights/responsibilities in the study.

This PI was also involved in every patient screening visit—verifying and signing off on every inclusion/exclusion criterion. He downsized to only one sub-investigator. He added a full-time research assistant/backup CRC to ensure Linda had a manageable workload. The PI and his research department met twice weekly to discuss study/patient status, monitoring visit findings, and the study pipeline.

The PI further encouraged the CRCs to become certified and covered their initial examination fees and continuing education costs. Together, they developed and documented harmonized policies for research tasks such as informed consent, AE reporting, and study drug accountability/storage.

This site’s response to adversity was to elevate study conduct and ensure patient safety/data quality. The wake-up call became its defining moment. Its transparency rebuilt the trust integral to solid sponsor/investigator relationships. 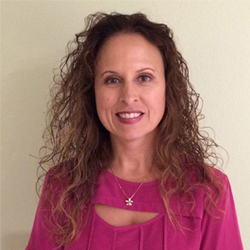 Elizabeth Weeks-Rowe, LVN, CCRA, (elizabethwrowe@gmail.com) is a former CRC who now works in site selection and education in the contract research organization industry. She last wrote for Clinical Researcher in June 2020’s “Is Your Site’s CRC Training Methodical or ‘Trial by Fire’?”